Summary: Minutiae in a school day can tell the tale of how the larger institution functions for kids.

His mother glared at me. She struggled to control her tone, as though she knew that her frustrations loudly voiced would undermine her purpose. It was the beginning of the school year, perhaps twenty years ago, but I remember the gist of it clearly. Her plea caught me between a rock and a hard place. I understood the reason for her visit, in fact sympathized, but as an agent of the high school where her son Trevor was a student, I faced conflicting directives. Mom, let’s call her Marsha, had come to plead for an exception in Trevor’s case.

In the first days of the school year some classes are too large, some students don’t have classes needed for graduation, and new students have arrived without a schedule, all of which busies high school counselors with new schedules and changes to existing ones. The period of flux frustrates persons at all points on the compass, including students who begin to bond with a particular teacher, only to be asked to begin again with another instructor. 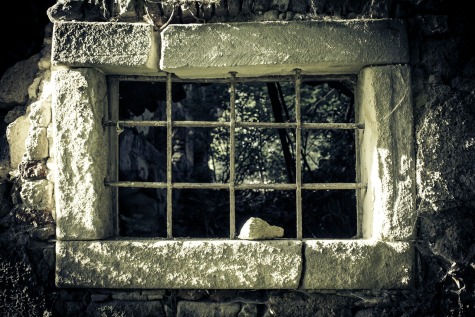 Trevor’s original Current World Issues (CWI) class with Mr. Kirk was badly overloaded due to hitches in the master schedule. For contractual reasons and for practical sense, the administration expected that some students would have to be transferred out to other subjects and teachers. Trevor’s schedule afforded an easy schedule change and so would be among the first to be made; other mandated changes for other students were more complex.

Trevor was a prototypical at risk student. He had failed several classes early in his high school career, his effort in class was spotty, and his hesitant attendance had warranted the attention of administrative sanctions. In the vernacular, he looked well on his way to becoming a goner, a dropout.

Mr. Kirk, young and dynamic, had become a Pied Piper to a suddenly inspired Trevor. From indifference, Trevor had turned enthusiastic in Kirk’s class. He had begun to relate the day in class to his mother, completed assignments with quality, and sustained unmistakable indicators of a committed student. Wow. The Holy Grail discovered.

Marsha, his mother, had come to tell the tale of this transformation and make the case that such an incipient flame must be husbanded. Trevor needed to stay with Mr. Kirk, grasp the straw in the wind for the worried mother, a hope within a parent’s sorrow for her son. Would granting the wish have saved Trevor’s life? No telling.

Here’s where I serve as the villain, though that’s not the point. We counselors had been told to hold a hard line, and not without reason. Class size is a contentious point for teachers; large classes limit attention to individual students.

I sweated this one with Mom’s angst and Trevor’s well-being firmly anchored in the back of my mind, but in the end moved Trevor to another class.

I have regretted doing so ever since.

One more student in Kirk’s class would have made little difference to him, and he would have sympathetically accepted the overload with Trevor’s full tale before him. But, I reasoned at the time, circumstances weighed against Trevor – we were hard pressed to find enough reasonable changes to the size of Kirk’s class, while Trevor’s shift out of Kirk was an easy one.

In truth any heart-felt but surreptitious deviation from bureaucratic mandate likely would never have been discovered, though I was torn by the practical need to break faith with my supervisor, who I feared not to be as sympathetic to Trevor’s plight as I. Leaving Trevor in Kirk’s class could have been defended in the crux between Trevor’s great need and the intensity of his response to Kirk; still, better to ask forgiveness after the fact than permission before.

Periodically the memory of the incident has revisited me, most recently stimulated by a letter written by Oscar Wilde to the warden of a prison where the literary great was incarcerated. This was still in Dickensian times, where the hopelessly poor were chronically jailed for debt, and urchins of the street were still convicted for petty theft of food, and inducted into the horrors of English prisons.

It is 1897. Wilde witnesses three young children just convicted of some unnamed crime being processed in the prison’s main hall. One is “a tiny little chap, for whom they had evidently been unable to find clothes small enough to fit.” The children are bewildered, terrified, and hungry. One Warden Martin takes pity on the young fellows, and brings them “sweet biscuits;” the boys are grateful not just for the food, but also for the kind gesture within the institution cold of stone.

The Warder’s humanity is not to be rewarded. Because “….the system prohibits….rendering the child any assistance,” Warden Martin is reported and dismissed for his transgression. Wilde inveighs against this “want of imagination” which is the “result in our days of stereotyped systems, of hard-and-fast rules, and of stupidity.”

Wilde goes on to say with irony that “the people who uphold the prison system have excellent intentions. Those who carry it out are humane in intention also. Responsibility is shifted onto the disciplinary regulations. It is supposed that because a thing is the rule it is right.”

Ouch. Though I stop short of thinking myself Warder to Trevor, though the parallel is uncomfortable, I do hear a profound advisory to any of us who operate within large bureaucracies, schools in particular.

It is true a rule such as a limit on class size has a rationale while the incarceration of poor children and the withholding of food for them do not. But the reverberation of Mr. Wilde’s wrath nonetheless compels attention. Did I hide behind a bureaucratic directive in my decision about Trevor’s welfare? Did I seek metaphorically to avoid Warder Martin’s fate when I chose not to echo his heart felt action?

It is true kids and adults need structure psychologically and as a habitat for larger lessons in the conduct of growth. Consequence for behavior, for example, can be kind in the longer run.

Moreover, the class size rule in its legitimate frame does embody fairness to both teachers and students. It reflects the burden of teaching too large a class, as well as the benefit of reasonable access to teachers.

However, the school system had been both failing and losing Trevor. He needed an intervention, which the gods simply placed in our lap, in this case reasonable access to an adult who clearly had his ear.

This fulcrum in Trevor’s life seems a minute one in a small corner of a school universe in which millions of transactions occur each day. But the tale of success or failure of the educational enterprise is told in the focus with which each individual kid is treated, and the degree to which the rule book is tempered.

Oscar Wilde has spoken, and Trevor’s Mom nods her head.