We sit stunned before our screens and watch the presidential spectacle unfold. How it will go we do not know, but Donald Trump continues to suck the oxygen out of the room while the business of government stutters, stops, lurches again. The danger is existential to the Republic, we fear. 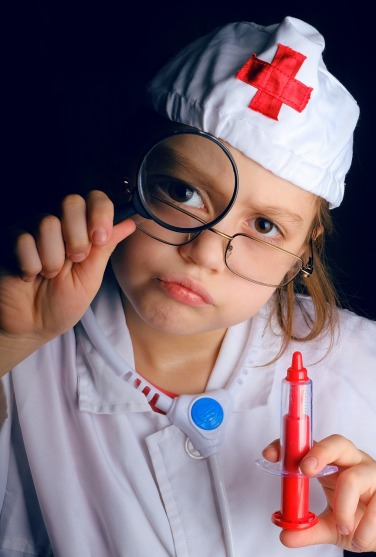 Effectively Trump plays the foil to the efforts of the Republican Congressional majorities to carry out their own destructive agenda, in particular the gutting of Obamacare with the associated tax breaks for the wealthy and the loss of health insurance for an estimated 24 million low and even middle income folks. While the eyes of the nation are transfixed on Trump, the devastation the GOP contemplates to low income fortunes recedes to the background and so gets by as a more pale existential threat.

Lacking visibility in the same way, the most important battle in education is not about Education Secretary Betsy DeVos’ intent to provide voucher access to private schools, though that will siphon funding from public schools, and implies neglect by the feds of public school welfare.

No, the current prime threat to public school progress is the same GOP assault on medical insurance for the poor. I thank Danny Westneat of the Seattle Times for his related insights.

Though it should need no explanation, remember that a parent suffering from a treatable medical condition will be a source of stress for her kids that they carry into the schoolroom. A child with an undetected medical abnormality may learn below her potential. Medical intervention common in support for kids’ learning in a middle class world is more sporadic for poor kids, with implications for their engagement with learning. Obamacare has rectified that tilt to a significant degree.

One measure of the effectiveness of Obamacare comes from changes in the use of hospital emergency rooms, which have long served as an in-crisis doctor’s office for those who lack health insurance. Such folks show up when festering chronic ailments come to a head, which may have been better treated through ongoing medical care. “Charity care” is a fact of life for many hospitals of last resort; they know they will have to write off “bad debts” incurred by low income folks they treat who have meager means to pay for the service.

For Seattle’s Harborview Hospital, often a last refuge for poor folks in need of health care, Obamacare has diminished the costs in both categories. The cost of charity care for Harborview since the advent of the Affordable Care Act has dropped from $219 million to $60 million, and bad debts have plummeted from $48 million to $25 million.

Presumably, funds from new enrollees in Medicaid and individual insurance customers from Washington State’s health insurance exchange account for the improvement. Some of the visits to Harborview that were once unreimbursed now are paid through Medicaid, and some of what formerly were hospital visits instead occur on a more proactive basis (with backing of health insurance) through private marketplace medical care.

The GOP health care bill now passed by the U.S. House of Representatives would reverse this rational trend. By 2020 the bill would reduce the rates of Medicaid reimbursement from 90% to 50%, as well as effectively dis-enroll from Medicaid and private subsidized policies approximately 24 million people, including young students, who would be relegated again to a dark age.

Healthy kids learn better. The Affordable Care Act embodies a quantum change in the medical and by extension educational health of low income families and kids. The current GOP health care assault would erode that headway.

The health crisis in education has other dimensions. Not only does Medicaid provide for low income citizen health care; it also subsidizes services to low income and disabled students within school walls.

Much of such funding underwrites specialist services. Students with learning disabilities can learn, but need more direct attention from teachers and aides in smaller classes, and may need specialized equipment. School nurses triage the needs of ill students, provide medical screenings, and tend to the needs of students with medical disabilities. Social workers and in some cases psychologists or counselors tend to mental health issues that have primacy in student lives impacted by poverty. Increasingly some districts reach out into their population and identify preschool children at disability risk in order to minimize their handicap once they arrive in school.

In one district, Buffalo, New York, 80 per cent of students are low income and 22% have some sort of disability. The district receives about $2.5 million in Medicaid funding, now in some jeopardy. Because some of the programs the Buffalo schools provide are federally mandated, the district will be forced to a more bare bones regimen in other areas in order to comply.

Buffalo is not alone; roughly half of all American public school students qualify for free or reduced lunch, and so qualify as low income, so loss of Medicaid funding curtails programming. The burden is greater in poorer, often urban districts, where the tax base would not support replacement funding.

While it is compelling to vilify the Donald for the assault on Obamacare in his candidacy, and to expect that his deepening political troubles signal the weakening of any mandate he may claim, the truth is that Congress remains stacked with ideologues fully intent on the same agenda. Even an impeached and convicted Donald Trump leaves us with the same Congressional inhabitants and a deeply conservative Michael Pence in the White House all intent on repealing Obamacare. At least until the 2018 Congressional elections, that is.

Meanwhile, thanks be to resistant Democrats as well as to moderate Republicans who eye the voter warily as they contemplate any drastic rollback in Obamacare. Off to the side of the drama, the providence of low income students and the path of school reform are dependent on the outcome.