A Curious Thing Happened on the Way to School

The recent serial state wide teachers’ strikes, a plague for the red state legislatures of West Virginia, Oklahoma, and Kentucky, astound this once union educator with their sudden eruption and the urgent capitulation of two of the Republican dominated state lawmaking bodies. In Kentucky, the controversy is over a Republican cudgeling of teacher retirement plans. In West Virginia and Oklahoma, the turmoil over salary seems to have been reconciled by the legislatures with unprecedented alacrity, in the case of Oklahoma by raising taxes after years of tax cuts dictated by conservative philosophy.

These events will be studied into the near future, for the now familiar power of social media. Reportedly some of the strike behavior originated at the grass roots level, via Facebook, bypassing normal union leadership that no doubt hustled to stay relevant. 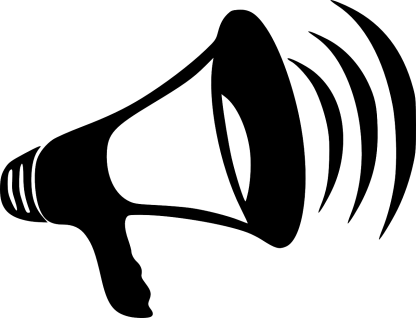 The value of social media platforms has been demonstrated in the #Enough and #Metoo movements for their success in mobilizing otherwise disconnected and heretofore silent impulses. The outrage, fear and voice of students in the face of school gun carnage has not gone unnoticed by their teachers, and the strength of proliferating tales of sexual harassment and sexual crime has special meaning in a profession that is predominately female. Moreover, the Women’s Marches in cities around the country galvanized the “Resistance” to Donald Trump; echoes are heard in these teacher insurrections and are expected to carry into this fall’s Congressional elections.

“Right to work” legislation in many states has weakened the economic clout of all unions, not just those unions of teachers.

A charter school movement arising both on the left and the right inevitably is seen as an assault on public schools and their teachers. A patina of failure has been brushed over a broad swath of teachers, with little acknowledgement of often yeoman efforts on behalf of kids with a dearth of resources. Teachers seem little consulted by outsiders, including free market thinkers who think they have the answers before asking the right questions.

The wholesale subjugation of schools to the testing of kids for academic progress and for evaluation of teachers has taken on a life of its own too often at odds with what teachers know is finally what their students need, there on the ground with them.

In the case of Kentucky, teachers feel disrespected by the Republican dominated legislature that passed a pension reform bill proverbially in the dead of night without teacher representatives at the table.

And then there’s money. The three states where statewide strikes have erupted are red states with fiscally conservative legislatures in power, where union power has been weakened, and where teachers’ salaries have lagged.

Nonetheless, it is remarkable to me that events have erupted as they have. Over the last fifteen or twenty years of my own tenure in schools, we gradually lost buying power, as every so often we would get a raise, but not enough to cover the cost of living, which inexorably rises. Head down, engaged with students, few had the stamina to go from an intense day in school to political activism outside aimed not only at improved salaries, but also enhanced funding that would address specific needs of at risk kids. In this perverse way, dedicated teachers are a fiscal conservative’s best friend.

Against the background of this experience, the mutiny of teachers in West Virginia, Oklahoma, and Kentucky is testament to the explosive professional anger and political squeeze they have experienced, and to the power of social media platforms to give voice and to find friends. It doth boil over.