Why Do They Leave?

Summary: We ask too few teachers to do too much to reach trauma impacted kids, and with too little support and preparation.

In the rain shadow of the Washington State’s Olympic Mountains, nestled below rugged peaks and ridges, and adjacent to the Straits of Juan de Fuca, sits the small city of Sequim. As with burgs large and little, Sequim’s schools struggle with an expanding population of kids that hang on the margins, whose early and unsuccessful exit from school can be seen coming a mile away in a flurry of absences, poor grades, and behavior infractions.

Sequim has joined the legion of districts that have launched well considered programs to reach these kids. Theirs, at Sequim HS, is called Hope Academy — but like most other districts Sequim does not have the funding to hire the saturation of staff necessary to make the efforts both successful and sustainable. Hope Academy is grounded  philosophically in the social science of Adverse Childhood Experiences (ACE) and “trauma informed education,” which diagnose student dysfunction as brain development gone awry in response to early traumatic experiences, a malady that best yields to a trusted relationship with caring adults, and then over time.

Despite anecdotal evidence that Hope Academy saw personal and even some academic growth among its students, two of the three teachers who were seemingly well invested in the program have left it this fall for other teaching assignments. I infer from the context that the demand on the emotional energy and personal time of these teachers was too extreme. 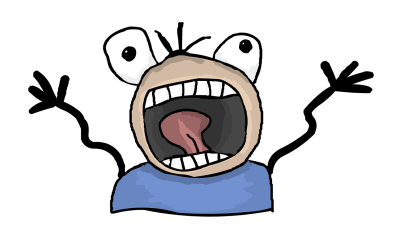 I am reminded of a good teacher I once knew who decades ago took on the challenge of working with a population similar to that of Hope Academy. He found the upstream swim exhausting and ultimately unfulfilling; a good teacher accustomed to connecting with his students turned sour on the scruffy ones and seemed to retain his bitterness through the rest of his teaching career, a casualty of good intentions. The departure of the two Hope Academy teachers one “hopes” entailed less cynicism than that of my former colleague, but the signs of burnout are written all over their withdrawal. Their hearts were in the right place, one assumes, but they were left on the proverbial island without adequate training and with too few supportive colleagues.

It is heart breaking to see particularly young teachers give their soul only to themselves become wizened if not damaged, not through any intention, but victim in a system devoted to growing kids that works with too few resources, and so burns out those who try to plug the gaps.

Young and aspiring professionals in particular lack a skill learned only by experience, to pace themselves, to know all saving of kids will not happen today, nor tomorrow. The work is in faith that one day the kids we teach will learn what we have to offer without in the process draining the teacher of his will to continue another year.

Teachers, in fact, leave the profession in droves. 8% a year; nearly 50% within five years. Why? Most commonly, I think, by the same path as the Hope Academy teachers.

Money is always an issue – and it isn’t. One recent study found that teachers are losing ground to other, similarly educated college graduates, but seldom in exit interviews do former teachers cite income as a primary factor in their leaving the profession. Most knew what they were getting into financially.

A more germane constellation of factors rotate around what might be called professional autonomy. Teachers have become the whipping boy/girl in some sectors for the failures of schools that stem more accurately from societal conditions, and so endure the disrespect of the public and a perpetual second guessing in educational and political circles. Blamed, teachers have felt whip-sawed by the multiple changes of direction in districts and schools, as first one principal, then another superintendent, decides he or she will re-direct their staffs to hallowed higher ground, all against a background of desperation. Test regimens change, most recently the Common Core derived, just when teachers have adapted to earlier tests. Even a technology tool that most certainly can play a role in reform will take one form one year, and then give way to another the next, most notably after a teacher hits her stride with the earlier version. As one teacher has been quoted, “At a certain point you kind of have to pay for your own sanity, you know?

To come full circle and back to Hope Academy, teachers particularly of low income and assorted marginal kids have to have a kind of emotional resilience, ideally buttressed by a team approach.  Such students tear at one’s personal fabric. They require a steadiness and calm in the storm, and a measured reaction to the provocations from kids who have been reared in trauma. It is a talent and a maturity perhaps beyond years to be able to do so, which can be incubated by thoughtful support and adequate staffing. However, in too many cases, often young teachers are thrown into the breach without adequate understanding of the dynamics they face, and most often without the concentration of other staff that can mitigate the craziness they sometimes feel, as well as make possible a portioning of the work load into human sized and manageable shares.

Because such is mostly an ideal seldom represented on the ground in real schools, teachers of the most impacted kids stand on unstable ground, and many leave for more sane if less rewarding work. These failures are those of the collective, inflicted by a myopic political and social system. So experiments such as Hope Academy founder, teachers burn out and leave.

Again it is September, and the school year has once begun the difficult work. Salude to those who return for another year.

1 Response to Why Do They Leave?