People Power and the Rebound of Low Income Kids

Summary: Hands on school experience has joined with neuroscience and social science to prescribe quality relationships in the school lives of struggling low income students.

Mostly I remember the kids and the wealth of relationships with them. I also have a recurring frustration with students I cared about who resiliently resisted my exhortations to do better in school, do their homework for crying out loud, raise their grades, go to college or trade school, take care of their future. They would smile, not wanting to displease me, but when push came to shove, the semester report card still came through with a cluster of failures and D’s, or barely passing. Sometimes behavior problems and suspension cut the link to academic success, sometimes spotty attendance. Think about it, miss even ten to twelve days and academic continuity is lost. To retrieve it would require strong motivation, and these students seemed not to have it. They greeted the inevitable failure with resignation but also I suspect an inner sense of loss. 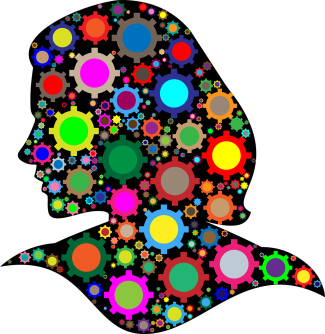 Many of the students I remember came from low income families, and are part of a large segment of the public school population that has proven resistant to decades of reform effort.

Hard to say that I or my high school could claim evidence that we did any better than the average, but the preponderance of the staff did put their hearts out there, loved the kids, and often went the extra mile to corral the floating souls.

Latter day research increasingly demonstrates that we were on the right path, which diverges significantly from the testing heavy obsession of the school reform movement. First provide a clean, well-lighted, safe and secure environment, then bring human relationships to bear on wayward kids.

The stresses of many low income environments – economic, housing, nutrition, neighborhood security, single parent – have been shown by brain imaging innovations to hinder the optimum development of such a low income child’s frontal cortex, and hence of cognitive capacity. More specifically, the higher order thinking and self-direction required in school settings and in later life success is compromised in favor of the fight or flight adaptations to adverse childhood experiences. The brain scans tell an internal tale of diminution that echoes the lagging progress and acting out behavior we see in the classroom with some, though certainly not all of low income kids.

In this tale is the argument for early intervention in the lives of struggling families, support for stressed out parents and tutelage in the raising of healthy vital children. The Harlem Children’s Zone still is one of the best examples of this approach.

What of the multitudinous children whose executive brain development is already impaired, and whose families did not benefit from early intervention? Here the emerging neuroscience offers hope; the myth that development occurs only or primarily in certain age dependent windows has been eroded. Though cognitive maturation is on most fertile ground in the early years, we now know the plasticity of the brain, its ability to grow and adapt, continues beyond infancy and toddlerhood, re-energizes in the teen and early adult years and continues well on into adult life.

Through this opened window, intervention in the deficits of low income students’ lives is a still forming jigsaw puzzle.

Early among the pieces have been the intellectual flowering of some long term incarcerated inmates, and impressive gains by stroke and head trauma victims who essential rewire their brains through various therapies.

As reported by Paul Tough, education based research by C. Kirbo Jackson and Camille Farrington has established that interpersonal school environments that pull in students with a sense of belonging, of their own agency, and a belief in the competence of their own effort can positively impact those students’ resilience in school. Moreover, within quality relationships and under such guidance by certain gifted teachers, grades and attendance improve, suspensions go down, and on time grade progression improves.

Along these lines, successful charter schools solicit foundation money in addition to their public monies, and seem to use those funds to lower the school’s adult to student ratio, in order to enrich the mixture of relationships within the school.

Other findings in brain imaging complement this work. Daniel Siegel, a professor of psychiatry at UCLA, has written extensively about the intimate role of relationships with other humans, primarily a care giver, in the development of the juvenile brain. In families where this bond has been compromised (or overwhelmed, as in a chaotic low income environment), findings in neural plasticity imply that later human connections may serve as a healing agents.

In a similar fashion, when anxious, emotionally traumatized individuals in whom certain regions of the brain have been underdeveloped are exposed to stress reduction strategies such as exercise and mindfulness based meditation in secure environments later in life, the impacted areas of the brain literally grow in volume, which implies heightened capacity.

Adult human beings who like and relate to kids are called in school service to re-parent their young charges in a community where belonging and youthful agency are primary values.

Something of this needs to be a pivot of the future.