Summary: With apparently good intentions to help kids trapped in “low wattage” schools, Betsy DeVos, a champion of charters and school choice, by leverage of her family’s financial and political clout, has engineered changes in Michigan schools that have lowered their standing, and undercut the viability of Detroit schools. She has been tapped as Donald Trump’s nominee for Secretary of Education.

Those of us willing to “wait and see” on the Trump presidency have quickly had our forbearance tested. If it is true that “people are policy,” then the president elect’s nominees for cabinet positions portend a dramatic rescission of environmental protections (global warming is a hoax) and security in health care (Obamacare is federal overreach), just for starters. Similarly, the nomination of Betsy DeVos as Education Secretary should have progressive school hearts beating more quickly, and I don’t mean from eager anticipation. 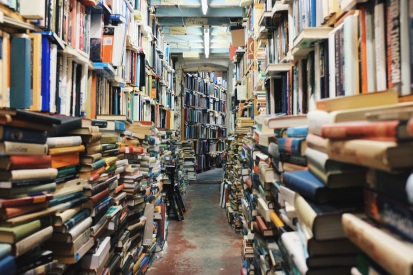 Some observers will point out the limits of federal power in education, which is substantially a local endeavor. Despite No Child Left Behind and other initiatives, the feds were not able to move the progress dial much, so why need there be hand wringing over the efforts of a more conservative secretary, who may be confronted by similar inertia?

Such optimism is I think misplaced. The Obama administration chose to channel the efforts of the broader school reform movement and implement a thorough going measurement by test regimen that has been well meaning, but in my view many degrees off optimum focus. Damage has been done to progress in the name of progress by taking the eye off the ball.

Betsy DeVos is a champion of charter schools and of school vouchers in her home state of Michigan. She has played a pivotal role in the unregulated growth of charter schools in Michigan, and particularly their proliferation in Detroit, where 46% of students attend charter schools, 80% of which are for profit. In this regimen, composite Michigan test scores have fallen. From a critical perspective, she can be seen as an ideologue whose belief trumps pragmatism, whose energies blast ahead even when events on the ground counsel caution, and as an agent of destruction of Detroit public schools, just as charter reformers in Newark have significantly laid waste to Newark public schools.

Of course, her fellow partisans can argue with some merit that both Detroit and Newark schools have been so mired in failure as to need a drastic shock, and that any major change will have casualties. My worry is not that charter schools don’t have a use, or even that vouchers should not be subject to experiment. Given the extremity of DeVos’ belief in what amount to free market solutions, I worry that disruption to the norm becomes so acute that the public good is trampled. She may not affect the progress quotient, but she can still do damage.

So who is this lady? Already a child of privilege, Ms. DeVos married Amway heir Dick DeVos Jr., a fellow charter enthusiast and politically savvy donator to related causes. Ms. DeVos is a former chair of the Michigan GOP. The couple has been instrumental in the founding and/or rise of charter/school choice organizations All Children Matter, which has influenced elections in states other than Michigan and which Betsy DeVos herself has chaired, and the Great Lakes Education Project, which lobbies for charter and school choice policies in the Michigan legislature.

By all accounts, the DeVos’ monied influence has been instrumental in the rapid growth of charter and school choice options in Michigan. Though they have been criticized as unscrupulous in their political machinations and use of their money, it’s not clear that they have played by different rules than any other hard ball organization in politics, whether on the state or national level. They have been effective, and so have elicited attack from those who disagree with their approach. Yet there is substance to the critique.

The report card on their charter and choice empire, which aims to improve the quality of Michigan education, has not been stellar. Seventy per cent of Michigan charters ranked in the bottom quarter of schools in the state. Though charter supporters point to CREDO research that found charters slightly outperformed public schools in Michigan, state test scores in aggregate have fallen since the inception of the charter juggernaut, so those charters bob in a diminished barrel. Moreover, in a consequence reminiscent of Newark, the exit of students from public schools in Detroit has left the school district in debt to the tune of $750 million. There’s more.

The authorization of charters was left to various government and university entities, which were given a financial stake in the continuation of the charters they authorized. As an upshot, few charter licenses have been rescinded, despite the widespread mediocre performance; new charters have been authorized at an unfettered pace without any feedback loop designed to improve outcomes.

The state legislature in Lansing, appalled by the result, proposed legislation that would regulate charters and their proliferation more closely.

By reputable accounts, the DeVos machine was instrumental in behind the scenes meetings with Republican leaders who initially supported the reforms, but who exited the meeting room having flipped to opposition. Shortly after the bill was defeated, $1.45 million was deposited in GOP political coffers.

Those sympathetic to Betsy DeVos tell us she wants poor families to have the same freedom of choice in schools that she had as a child of privilege, which is of course a noble goal. But it is difficult to understand, given this laudable mission, how she and her husband could so baldly protect a charter and choice reform structure that has metastasized as extensively as it has without a robust, viable genome as a model. By torpedoing efforts to correct course she has placed many of the low income students she champions in a demonstrably inferior position from that which applied at the outset of her campaign.

What led to this wrongheaded political intervention in the plan to heighten monitor on charters? Was it a radical free market philosophy that read any regulation as anathema? Was it pure power politics protecting a fiefdom? Was it the modern curse of democracy, ample purse strings in search of radical partisanship, because it can? Was it a conviction without evidence that with time the charter/choice experiment as conceived in Michigan would right itself?

May the Senate confirmation hearings probe these questions.

Charters and school choice may yet prove to be viable large scale strategies in the grand scheme of things, but they have not done so yet, in my view. They have without question benefited some students, largely those from families with the personal savvy to make those reforms work for them. Meanwhile, however, large scale movement to charters and choice in places like Detroit have eviscerated the existing public options, and left scorched earth in too many neighborhoods. Partisans such as Betsy DeVos have a responsibility to address the needs of the underclass still reliant on traditional public schools, particularly should she be confirmed Secretary of Education. At this juncture it is not clear she has the breadth of vision to do so.

2 Responses to Betsy DeVos, the Force Behind Detroit School Chaos